What is an OSS?

What is an OSS? 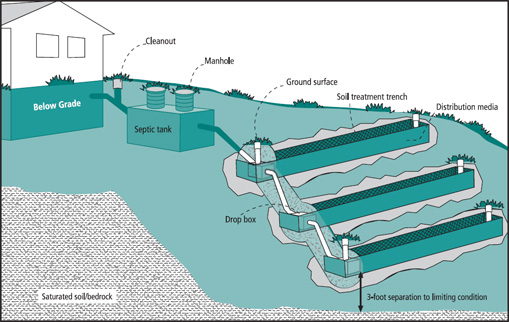 An OSS is an On-site Sewage System. OSS are more commonly known as septic systems. They are referred to in some states as ISDS or Individual Sewage Disposal Systems.

What is the purpose of an OSS?

OSS are designed to treat sewage and dispose of it without causing health or environmental issues. Originally OSS were viewed as temporary solutions until large municipal sewage treatment systems could reach the area. In the 1980’s the EPA re-evaluated this idea and realized that it was too cost prohibitive for municipal plants to reach all developed properties. The EPA realized that OSS needed to be designed to last longer and better treat sewage.

There have been many changes to OSS laws over the last 30+ years. Many universities have done extensive studies on OSS and their ability to effectively treat sewage. Washington State has used this research to implement a comprehensive law that protects human health and the environment. You can access this law here: WAC 246-272A

What are the parts of an OSS? 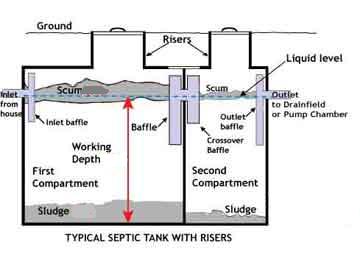 This is the component most people are familiar with. Many people assume this is the whole septic system. The purpose of the septic tank, in an OSS, is to trap solids and scum and keep them from entering the disposal component or drainfield. The tank also offers the first part of the treatment of sewage by allowing separation and settling of the solids and scum and some bacterial action.

There are many types of tanks installed in Cowlitz County. The most common type of tank is a two compartment concrete tank, similar to the one pictured above. Tanks have in the past also been made of steel. If you have a steel tank it is very important to have it inspected frequently since these tanks tend to decay and deteriorate quickly. Tanks can also be made of plastic (polyethylene) or fiberglass (FRP), though these are less common.

All of these treatment devices provide extra treatment to make up for shallow soils.

Some examples of public technologies are:

Some common proprietary treatment devices are: 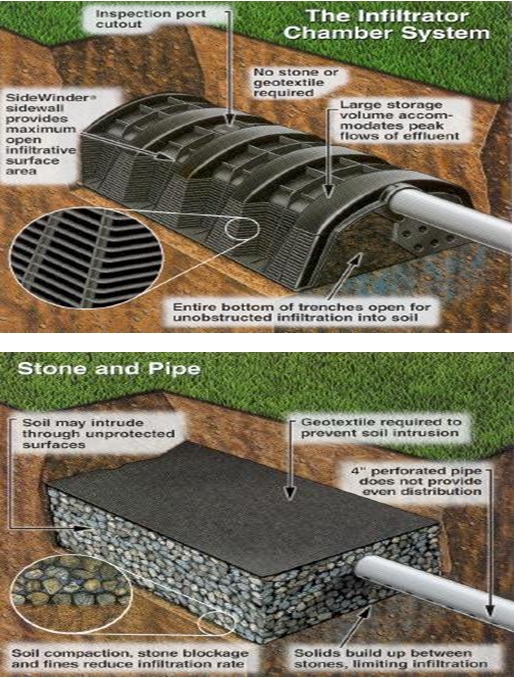 Traditionally the disposal component was a rock and gravel system as pictured above on the bottom. In the mid 1990’s a new product was introduced which is the gravelless chamber system pictured on the top above. Both of these types are available today. Each one has its own list of advantages and disadvantages.

There are several other types of disposal components that are not as common. One of them is the sand mound which incorporates extra treatment along with disposal. Subsurface drip is another common type of distribution system.